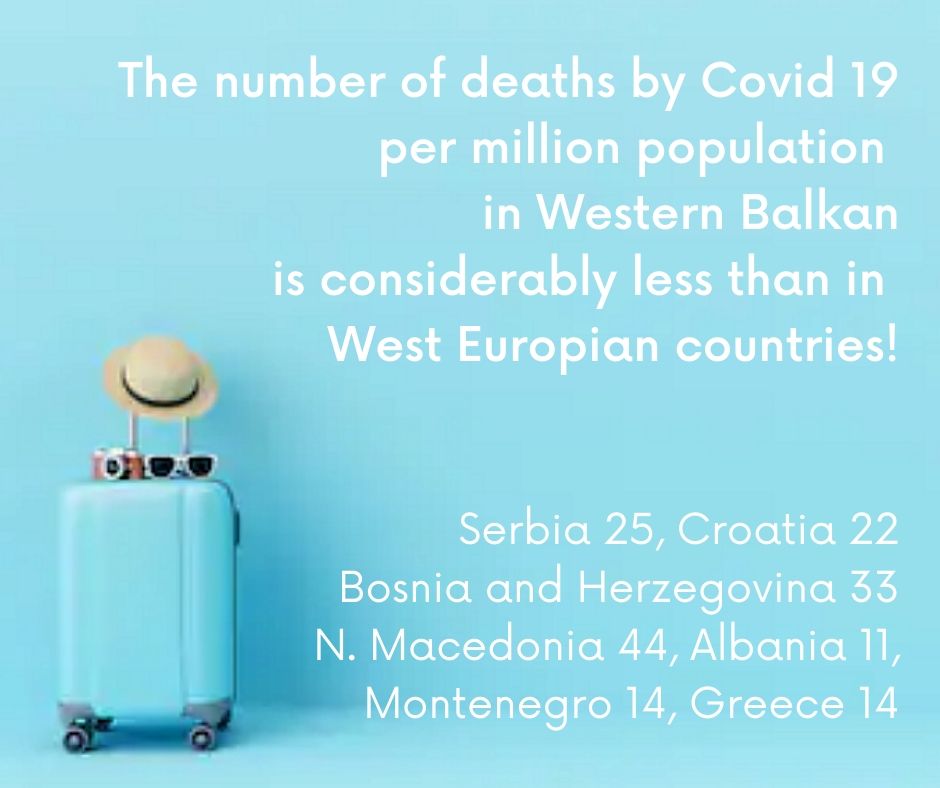 The Covid-19 pandemic has so far taken more than 300,000 lives worldwide and seriously threatened many industries, which before the pandemic was declared profitable and significant for the economy of most of the 210 countries affected by the pandemic. One of them, which has suffered the most damage due to the closure of borders and the ban on movement, is certainly tourism.

Although no one can predict exactly how long the world will fight the pandemic, thanks to the state of emergency, the ban on movement, and the application of rigorous hygiene measures introduced by the Government of Serbia from 16.  March, the situation in our country has drastically improved. Since the number of patients does not exceed 2% ten days in a row, the Government of Serbia has lifted the state of emergency on the 6th of May and the ban on movement a day later, with the proviso that the emergency measures will remain in force for some time. These include mandatory social distance, wearing masks and gloves in public transport, avoiding contact, and the like.  However, based on current data, epidemiologists in Serbia expect that 99% of patients will be cured by May, 26th and that will probably be the date of the final proclamation of the end of the epidemic in our country.

By the way, in the past two months, the mortality rate in Serbia concerning the number of inhabitants was around 2%, ie 25 people per million inhabitants (Macedonia 44, Bosnia and Herzegovina 33, Croatia 22, Greece 14, Montenegro 14 and Albania 11), which is far less than Italy, Spain, France, Belgium, Switzerland, Austria, and other Western European countries.

With all this in mind, it is not immodest to expect that people will start traveling from the second half of June, during July, August, and September. This is supported by the fact that foreign tour operators who had contracted groups in the second half of July and August, did not cancel them. Also, a statement at the conference of the crisis headquarters for the suppression of coronavirus stated that the Belgrade airport will be open on May, 18th and then it is expected that the first air-lines will be renewed.  This will be preceded by detailed disinfection of the entire airport and all ancillary facilities, which also speaks in favor of the fact that a piece of this year’s tourist season will still be saved.

At the same time, the number of inquiries for coming to Serbia is growing day by day, so it is noticed that the interest of tourists from Austria, Germany, Canada, Poland, and China is growing, which is quite encouraging.

As far as domestic tourists are concerned, we expect that their interest in tours that were among the top 5 in Serbia last season will increase after the situation normalizes. This primarily refers to the two-day trip on Tito’s Blue Train, which we organize for domestic and foreign guests, the Djerdap Gorge cruise, the Drina cruise to Visegrad, a three-day trip to eastern Serbia, as well as many other interesting tours from our rich offer.

However, since the health of our clients is our number one priority, we are looking forward to the regulations on compulsory health care that will be prescribed by our country, as well as the recommendations of the World Health Organization, so that we can adapt our programs to them and guarantee complete safety. Until then, diligently prepare programs for your passengers so that, if all goes well, see you at the beginning of the summer.